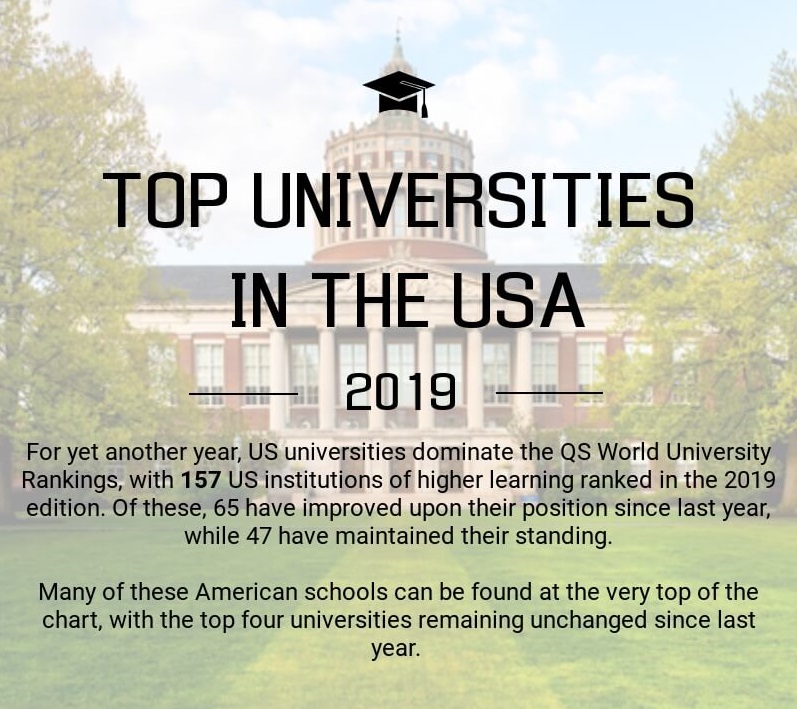 When taking a look at the QS World University Rankings, it instantly becomes obvious that institutions in the US are considered as being among the best in the entire world. For 2019 there are 157 higher learning institutions that are presented as among the best in the world. 5 out of the top 9 places are claimed by American schools. This does include the top 4 for the second year in the world.

The infographic below, entitled Top Universities In The USA 2019, presents the top 10 US universities, based on worldwide rankings. Take a look at what is presented if you want to choose a top university and learn some really interesting extra associated facts, like tuition fees and what is considered to be the best aspect of the school.

Some of the really interesting options highlighted in the infographic include:

Want to learn more about the top universities in the USA and some of the best in the entire world? Just look at the infographic.