What The Most Profitable Companies Make Per Second Infographic

A second may not seem like much for most of us but for the really big companies of the world one second means a lot of money. What most people make in one week or less a big brand will make in a second. It is really hard to imagine how much money a big corporation makes. Incomes are huge, billions of dollars. However, when we look at a per second basis, everything becomes even more impressive than the reports we see done on a quarterly timeframe.

The What The Most Profitable Companies Make Per Second Infographic is truly an eye-opener. It is going to show you the most profitable businesses in the world. Keep in mind that this does not actually mean that these are the companies that get the biggest income. The image shows the PROFIT that is made every single second, which is just a fraction of all the money that is generated.

Besides the profit, you can also see the Fortune 500 rank of the companies. You will be surprised to notice the fact that the number one company in terms of profit is not the firm that gets the most money. This shows us that we do not really need to look at generating money in terms of income alone. Profit is always much more important. Many will not be surprised to see a brand like Apple as number one on the list. Other companies though are going to surprise you quite a lot. As a simple example, did you know that Johnson & Johnson actually makes more profit per second than most banks in the USA. There are only some that have higher profit margins. You may also be surprised to see Facebook lower on the list than what most people expect, even if the company is among the biggest in the world, with billions of users reaching literally every single country and place where an internet connection exists.

Check out the infographic and save it if you need to look at it at a later point in time. We are sure that you are going to appreciate all the information that is offered in it. 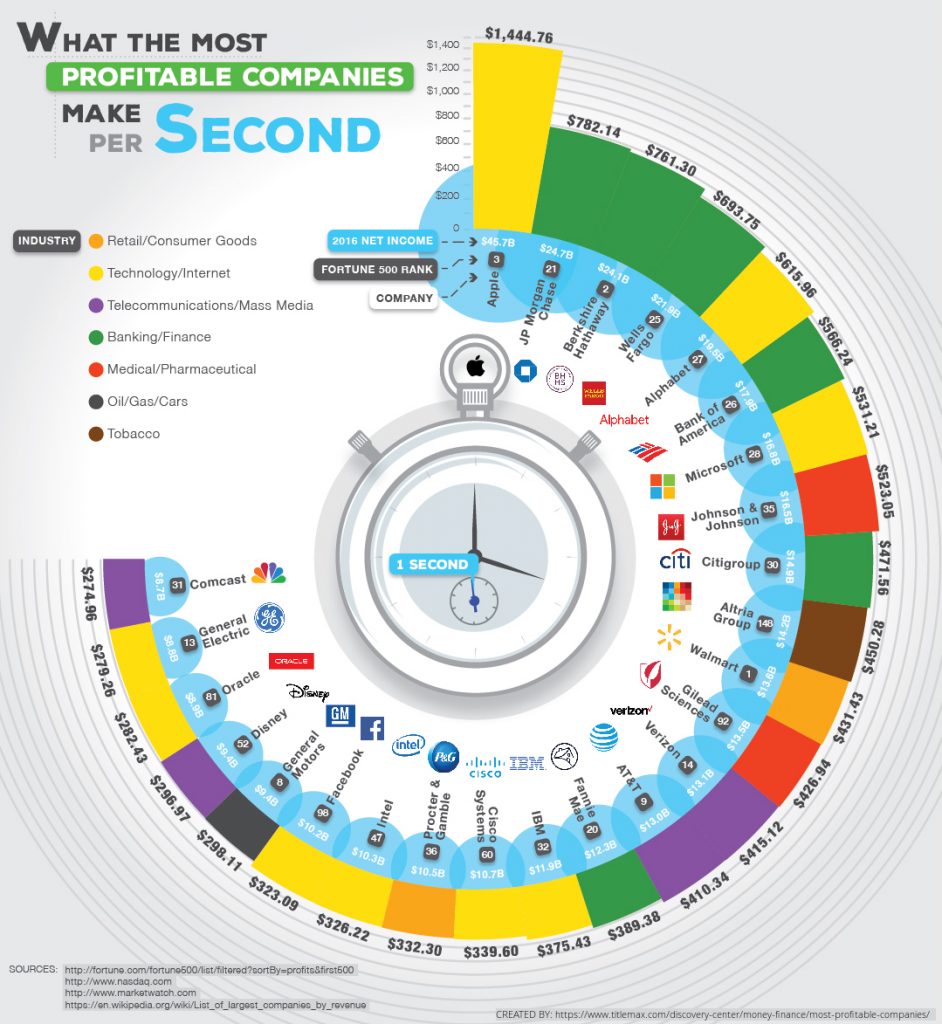