Cutting out the Fat

This infographic shows various techniques on how one can reduce the amounts of calories in different kinds of dishes. But, cutting out some ingredients doesn’t mean that the sweet taste is also eliminated. You will just have to replace some ingredients to reduce the calories and yet, you will still maintain the sweetness of the dish.

If you want to reduce the calories of a food you can try to use vanilla. You just have to cut out ½ of the sugar and add a teaspoon of vanilla. If you don’t like it, you can try to use an applesauce to replace sugar. It is also better if you will use stevia (a natural sweetener) as a substitute for sugar. It is 300 times sweeter than sugar but lower in calories.

If you are creating brownies, you can replace the flour with black beans. This will lessen the gluten and add some proteins in the dessert. You can also add the sweetness of the avocado to your fudge brownies or other dark chocolate flavorings.

In soups and stews, try to use coconut milk instead of using heavy creams which are very high in calories.

When baking, coconut flour is also better than wheat flour. It has large amounts of fiber and has low calorie content. Using evaporated milk also rather than other milks (condensed milk, etc.) is also better. If you are using avocado on your baking, it is better to use mashed ripe banana. They have a great thickening power and can really replace the avocado.

In cooking meals, instead of using ground beef, it is better to use ground turkeys. They have less saturated fats and as well as calories.

For pasta dishes, why don’t you use spaghetti squash instead of pasta? It is lower in carbohydrates and as well as in calories.

Some people love to eat rice. White rice has high-calorie content than brown rice. So practice to take in brown rice instead of white rice to cut out the fat.

Everyone loves cheese, especially for pastas. Do you know that you can substitute something for it? Yes, there is. It is the nutritional yeast. The taste and as well as the texture is quite different, however the creamy is extremely similar. 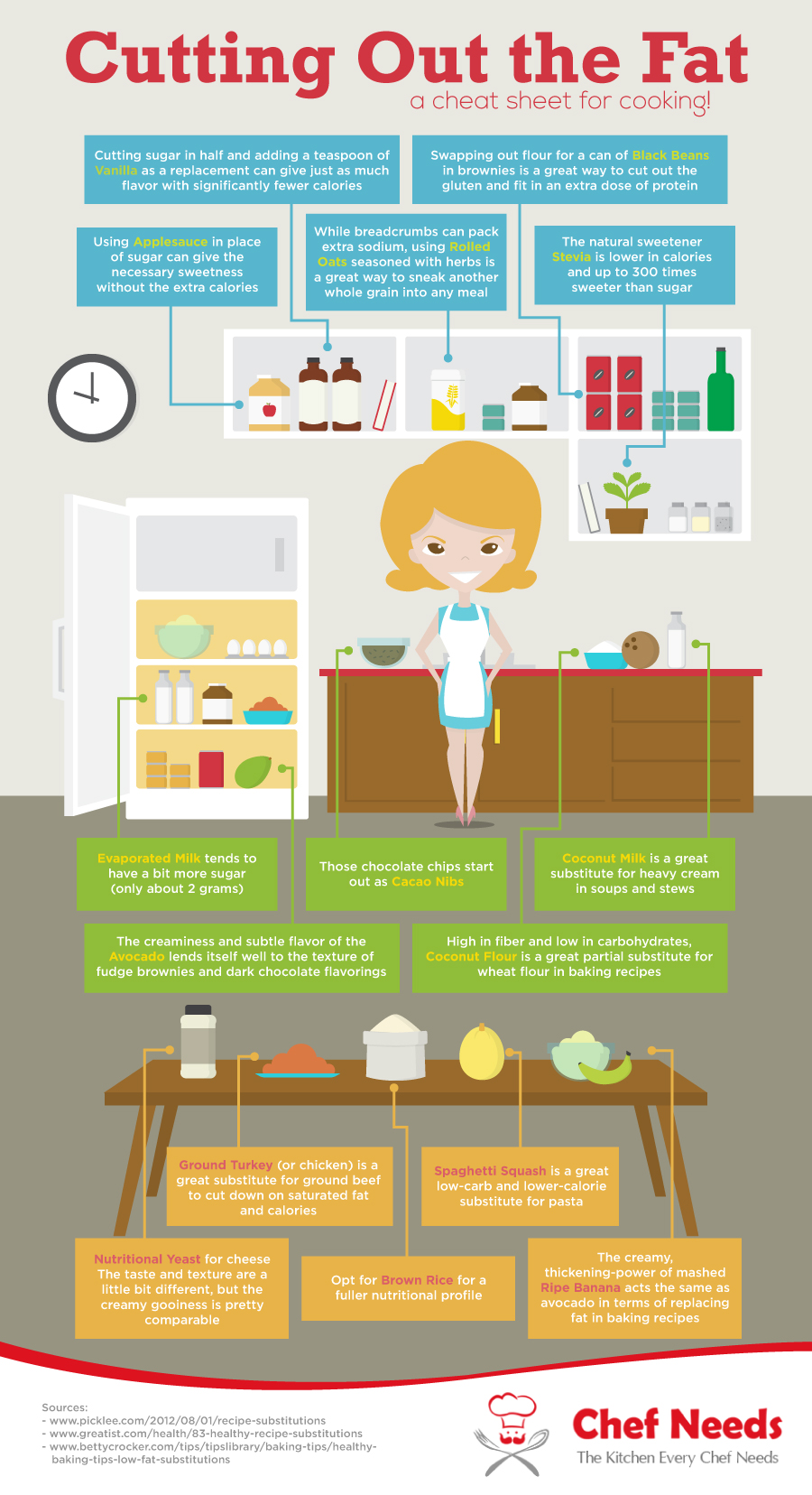