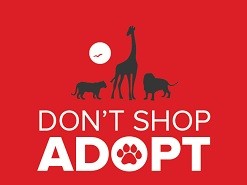 You wouldn’t purposefully climb into a tiger’s cage at the zoo, would you? A stunt like that could easily leave you hospitalized or dead. Yet despite the dangers of exotic animals – like tigers, bears, chimpanzees, etc. – people continue to buy and sell them on the black market. They’re purchased and put in situations that bring danger to the animals as well as the humans they encounter.

Between 1990-2012 there were over 400 human injuries caused by exotic animals – almost twenty per year. National Geographic reports that, since the record began, exotic pets have attacked almost 550 people. Some of these injuries were fatal, and some were inflicted upon children younger than ten years of age.

During that same span of time, inexperienced or cruel owners killed 200 exotic animals. That’s not including the thousands of animals that died during the shipping process, or those that died before being purchased due to malnourishment or poor care.

These animals don’t only cause harm through violent predatory behaviors; they also spread diseases that can be severely problematic for humans. They carry foreign bacteria, viruses, parasites and fungi into a world where they don’t belong – and the surrounding humans can become infected. In just six years, between 2000-6, an estimated 50 million people were struck with zoonotic diseases. Some of these diseases have no cure or will prove fatal to humans.

Why are people still taking part in this trade? Americans spent an estimated $15 billion on exotic pets just last year, despite the undeniable proof of its cruelty. Thousands of exotic animals die. Hundreds of humans are injured. Let’s not forget the millions of dogs and cats that are euthanized each year due to a lack of shelter space.

If you’re interested in bringing a pet into your home, opt to adopt a cat or dog. Sure, tigers are beautiful – but they’re not meant to be kept in residential homes. Consider all the damage that is done through the exotic pet trade. It’s cruel. And it can be deadly.