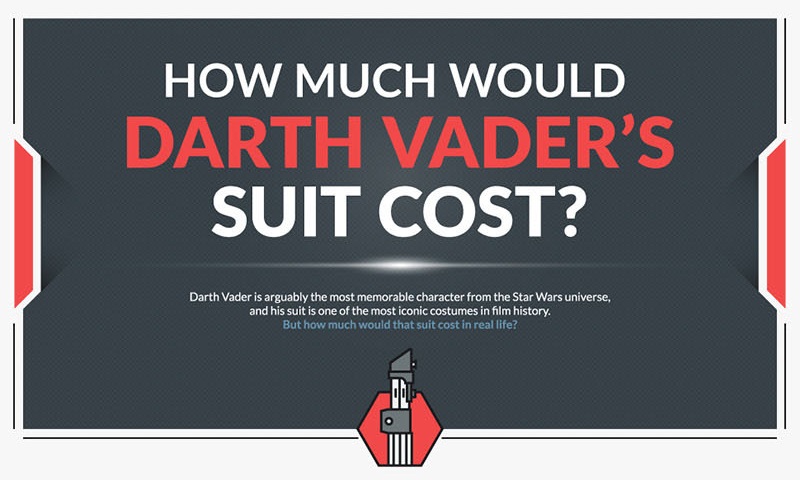 If you are into Star Wars and even if you are not, it is practically impossible not to know who Darth Vader is. Ever since the original movies were launched, this character caught the imagination of millions of fans from around the world. While his backstory was gradually exposed and now we know everything about the disgraced Jedi knight that ended up being an important part of the Dark Side, what we still do not know is how much it would actually cost to keep him alive.

It is not a secret that it was the costume that basically kept him alive. Building something so incredible does seem like science fiction, but most of the things that actually went into that original costume are actually possible right now. This is why it was possible to figure out how much Darth Vader’s suit would cost. And the truth is that the answer to this might very well surprise you.

We will not ruin all the details for you since it is always more fun to discover everything alone. But, we will tell you that Vader’s suit would cost over $18 million in today’s money. This includes some pretty incredible things like a breathing mechanism, prosthetics, voice modification modules, and even gadgets related to augmented reality.

To calculate this cost, a comparison was made with the f-35 helmet and the NASA space suit. Both were taken as a template and Shade Station then started doing the math for the final result.

Take the infographic below, share it, print it. Do whatever you want with it. But, if you are a fan of Star Wars, we are quite sure you will find some pretty interesting details listed in this pretty incredible infographic that makes the geek in you very, very happy.