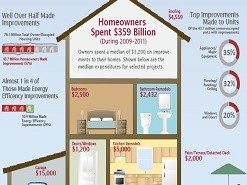 The truth is that people from all around the world prefer to renovate or make changes in the event that something breaks in a home, as opposed to moving. This is completely normal. It is interesting to notice that all the home improvement costs that were brought into one home are higher than what many believe at first glance. One window refurbishment here, one floor tile changed there can add up to quite a considerable amount.

The home improvement infographic below talks about prices and tries to shed some light on how much money you may end up spending on renovations so you at least know what to expect. Everything starts with the staggering amount of $359 billion, which is how much homeowners spend between 2009 and 2011. As you can surely imagine, since prices are a little higher now and more homeowners exist, the amounts are even higher.

Go through everything that the infographic showcases to see stats issued by the United States Census Bureau. You will notice various stats of interest like that 25% of homeowners made energy efficiency related modifications to the home and you will quickly realize that most of the improvements appeared in the kitchen remodeling, which is interesting since most believe that bathroom repairs are the most expensive. Also, many think that flooring expenses are the highest when the truth is that you would end up paying more for appliances.

Although many of the home improvement jobs are done by DIY enthusiasts, in most situations a professional is called. This is always a good idea, especially when dealing with some home modifications that require an advanced knowledge of what is done.

On the whole, the truth is that we rarely see an infographic that offers really useful information in this niche. This is because most of those that you will find on the internet are offered by companies that try to sell something. Since this one is done and includes stats from an US government agency, you can be sure that the information is completely correct. Take it into account so that you know what you are about to spend a lot of money one. Such information is obviously valuable! 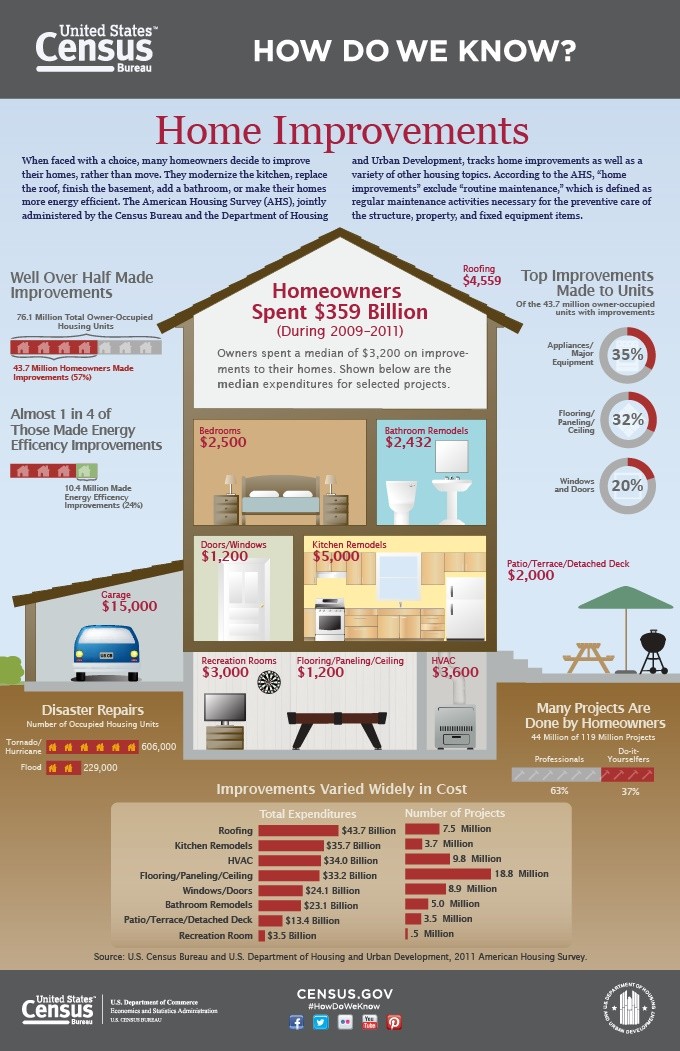