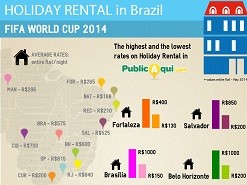 With the games of the FIFA World Cup just starting, there are many hotels that are already fully booked for the months of June and July in Brazil, but there are also many people who are going to Brazil support their teams that have not yet found a place to stay.  And where these football’s fans will spend the night?

This infographic helps people have an idea about how much they would pay for accommodations in Brazil during the World Cup. The infographic comparing the highest and the lowest rates on holiday rental for an entire flat in the 06 host cities for the 2014 World Cup.

Many Brazilians are taking advantage of this period of turmoil and increased demand for different types of accommodation, to develop their entrepreneurial skills. Boasting such high demand, many families are joining the possibility of receiving tourists with the chance to increase the monthly rent of the house, through the rents season.

Who decided to go watch a football match live and have managed to secure your ticket, now it’s time to think about the other details of the trip such as flights and accommodation. The vast majority of hotels in the host cities of the FIFA World Cup are already sold out for the next two months.  It is time to search for bed and breakfast, hostels and any alternative kind of accommodation.

For all late people, the free online classified website Publicaqui.com still have some ads on holiday rental category  in the cities hosting the FIFA matches. It is worth taking a look at the available positions and begins to finalize the details of the stay as soon as possible.

Between the six main host cities of the FIFA tournament, São Paulo and Rio de Janeiro have the highest rates, R$ 1,330 and R$ 1,500. Natal, Curitiba and Fortaleza are the cities with the lowest average rates.

The Holiday Rental market is increasing in Brazil and manages around R$ 4 billion. This market has demonstrated to be a nice alternative for everyone how is going to attend the matches. 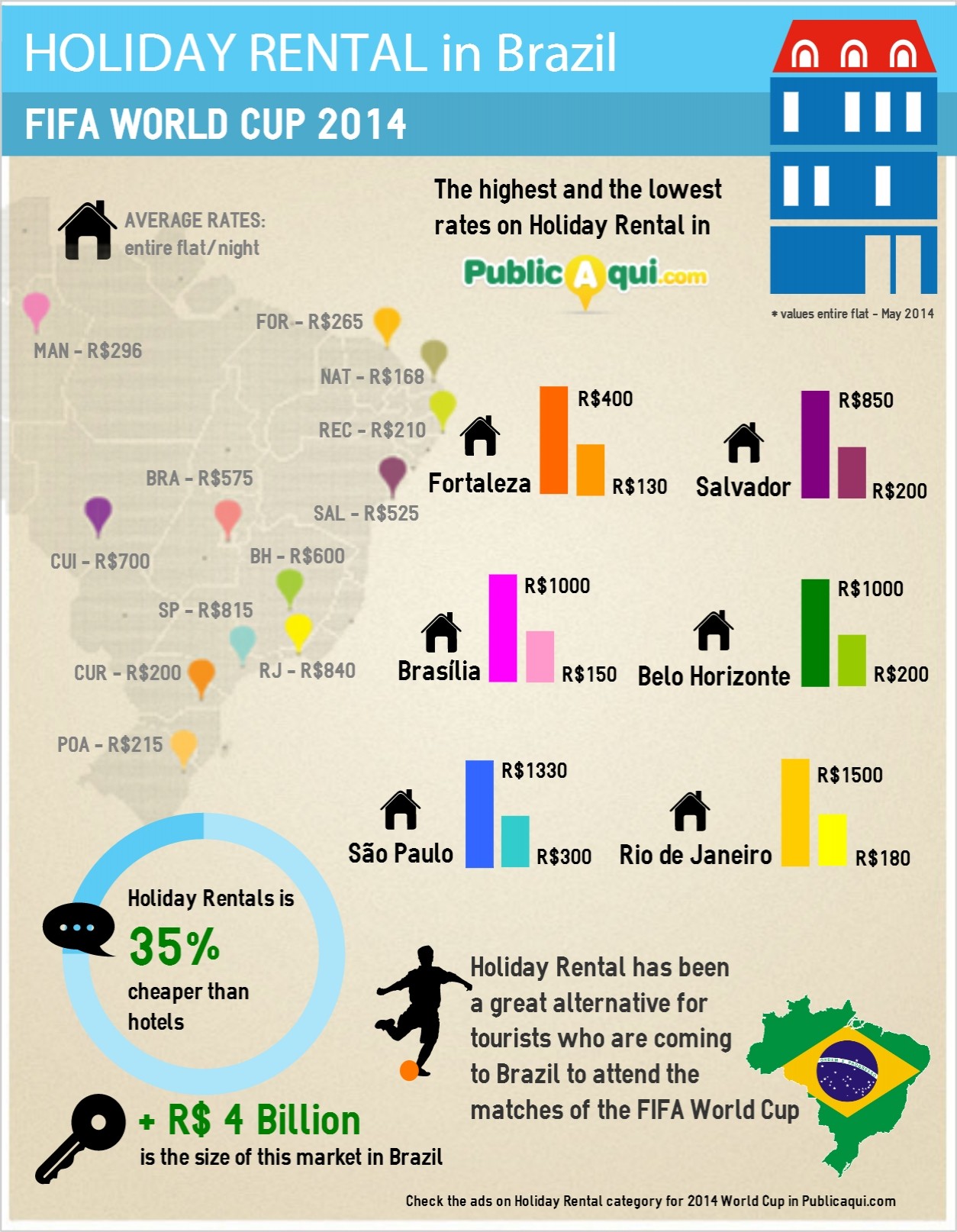